Bouncing Back from a Bad Bounce

Posted on April 6, 2015 by kristapatronick

I only made it about half way home from the doctor’s office before I had to pull over and cry in a Rite-Aid parking lot.

In hockey, there are good bounces and bad bounces. There are things that are purely luck; 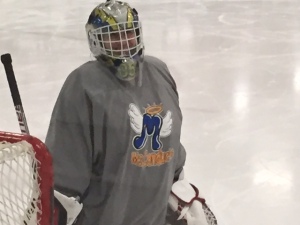 things that just go your way that you happen to have no control over. It could be a goal that trickled between a goalie’s legs, a call from a referee that happens to favor your team, a rogue pass that found its way onto a teammate’s stick and produced a great play.

And then there are bounces that just don’t go your way. Times when you feel like you have to work hard for every inch of ice, every pass, every shot, and it’s still not connecting. It’s taking 100 shots and hitting the post all 100 times.

I feel like I have been hitting the post over and over again. I can’t stay healthy. On March 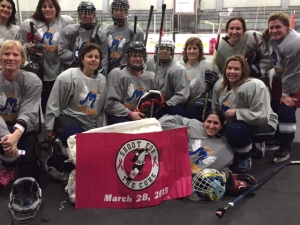 28 I played in a charity hockey game with my team. During the game I dove to make a save, and landed on my shoulder with my arm outstretched. As soon as it happened I knew something wasn’t right and that I’d hurt myself but I figured the soreness would go away in about a week.

I was wrong. I played hockey again on Friday night and it made my injury significantly worse. I saw a doctor today and he diagnosed me as having a rotator cuff injury. Not completely torn but strained. I’m in a lot of pain (and also seeking a second opinion.)

This was not something I had any control over. It was a freak accident, a bounce that didn’t go my way, but it was huge blow. I have just been getting over a wrist injury that I thought I may have needed surgery to repair and things had just started to get better. I started boxing with my left arm again, finally, and I even ordered myself a new pair of boxing gloves. Now I’m afraid the left glove will unfortunately have to sit idle for another 3-4 weeks.

After seeing a doctor today about my shoulder injury, I just felt defeated. Overwhelmed. 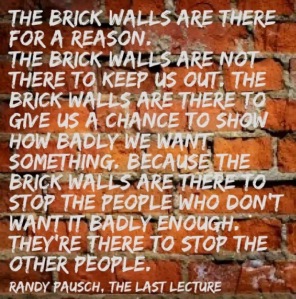 Frustrated. For so long I’d been making modifications to my workout because of my injury. Now I need to continue to do that but for a different injury. It’s not fair, but it’s not my fault. It’s a bad bounce.

I know that if a client of mine approached me with a similar issue looking for advice, I’d know I’d tell them not to give up. I’d point out all the things I’ve been through, like running marathons with serious injuries in my feet, and all the times I’ve come back from stupid little injuries like this. Ankles, wrists, hips, calves. Now we can just add shoulder to the list.

I would remind myself that my survival rate of things like this is 100%, and that if I gave up, I’d just be taking a step back. How can people look to me for leadership if I’m not even following my own example? I’m stronger than that. I can overcome. I know because I’ve done it so many times before. 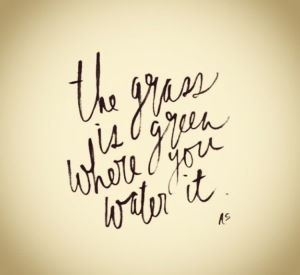 Blow after blow. Bad bounce after bad bounce. I’ll be fine and I will keep on keeping on.

I’ll get better, and I’ll put that puck top shelf one of these days.

This entry was posted in Uncategorized. Bookmark the permalink.

3 Responses to Bouncing Back from a Bad Bounce